Oreshika: Tainted Bloodlines is about a house that was sentenced to death for the theft of the five instruments under their protection. A god decides to give your house a chance to redeem themselves by reviving them and allowing the clan to seek vengeance and to clear its name. The trade off is the clan is beset with two curses: the first one is the curse of ephemerality which only lets each clan member live for two years, and the other is the Curse of broken lineage which means the clan’s women cannot procreate.

END_OF_DOCUMENT_TOKEN_TO_BE_REPLACED

Sly Cooper: Thieves In Time: “Timing Is Everything” Animated Prequel

Sony and Sanzaru Games have released a short animated prequel to their upcoming game, Sly Cooper: Thieves In Time. It features Sly and the gang attempting to steal a watch from Muggshot, a giant bulldog gangster and rival of Sly. … END_OF_DOCUMENT_TOKEN_TO_BE_REPLACED

Here is the full-length version of â€œFrom Ashes,â€ the live action trailer for God of War: Ascension, featuring a special arrangement of Ellie Gouldingâ€™s â€œHanging On.â€ A special one minute edition of this video will be played at some point … END_OF_DOCUMENT_TOKEN_TO_BE_REPLACED 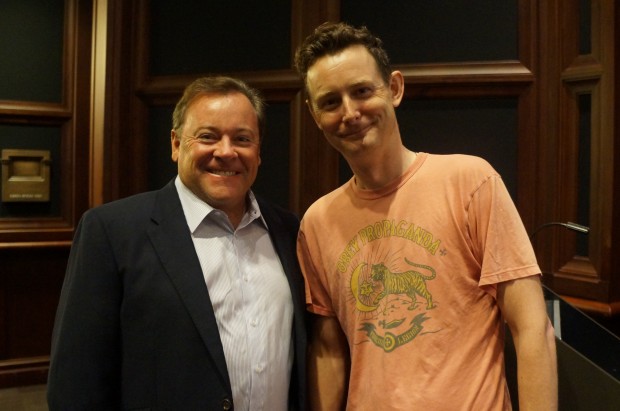 Sony Computer Entertainment America President and CEO, Jack Tretton, visited the University of Southern California campus last month and spoke to students about the past, present, and future of the PlayStation. I had a chance to attend this event, and it was amazing to see Mr. Tretton in a casual setting. Normally the only time we would see him is during the Sony press briefing at E3, where he speaks in front of thousands. However, this time, it was a more “me and you” type of meeting. Mr. Tretton was introduced by Richard Lemarchand, now associate dean at USC and former lead designer of Naughty Dog.

Being in the presence of SCEA’s big boss is such a crazy, unique feeling. I mean, this guy is the shot caller for everything PlayStation. He talked about how PlayStation continues to grow and extend its generations through various versions of its platform over the years, such as the first PlayStation, PlayStation 2, and PlayStation 3. He never once hinted anything about possible next generation consoles. He goes on to discuss the PlayStation Vita and how the target demographics prefer something more “adult” and that “tablets and smartphones are just an addition, but ultimately, we want to bring true handheld console gaming to our consumers”

END_OF_DOCUMENT_TOKEN_TO_BE_REPLACED

For those of us who bought the PlayStation Move, chances are, you own the first Sports Champions title (well, there’s a good chance I should say). As fun as that was, it didn’t have the variety that, say, Wii Sports Resort had, but at least it looked better and controlled better, right? Well, a sequel is on the way, creatively titled Sports Champions 2. No mention of the old games, except that archery will be updated, but now we’ll be getting new additions such as boxing, golf, bowling, tennis and skiing. Check after the jump for the announce trailer.

END_OF_DOCUMENT_TOKEN_TO_BE_REPLACED

Starhawk Beta is Now Open to All 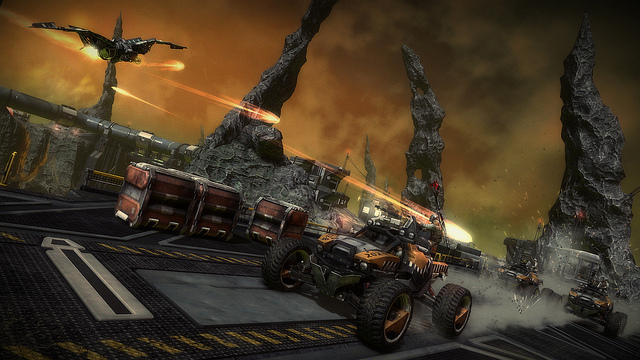 The Starhawk Beta has finally opened to the public. To kick it off Harvard Bonin stopped by the Sony Blog to share some tips from the staff and top players.

Check out his tips, and some very helpful diagrams of all the different controls in the game after the jump.
END_OF_DOCUMENT_TOKEN_TO_BE_REPLACED

If you’re a Warhawk veteran and opted in for PlayStation emails, invites for the Starhawk beta should start reaching inboxes Tuesday. Keep in mind, it’s a slow rollout, so as the beta progresses, more and more people will be … END_OF_DOCUMENT_TOKEN_TO_BE_REPLACED