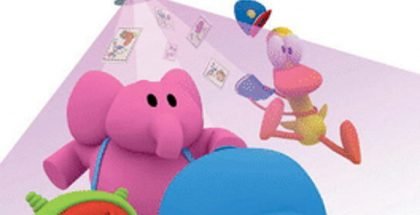 END_OF_DOCUMENT_TOKEN_TO_BE_REPLACED

It’s time for a new Review Revisited! For this one I wanted to go in a completely different direction from the last Review Revisited I posted (Corpse Party!), going for a very colorful release that is more in line with last week’s Review Revisited for Derrick the Deahtfin.

END_OF_DOCUMENT_TOKEN_TO_BE_REPLACED

Earlier today, a couple updates went live for two PS3 games, the God of War collection and the Ico/Shadow of the Colossus collection, that enable the remote play feature on the PlayStation Vita to handle these games. This means people … END_OF_DOCUMENT_TOKEN_TO_BE_REPLACED

Oh how I have loved the God of War games. In my opinion, they are among the coolest of titles on PlayStation. Some might say that the series may be overstaying its welcome, but I say as long as the story’s good, and they keep the gameplay as fluid as it has always been, bring it!

At E3 this year, Sony showed off some very intense gameplay from the next title in the GOd of War series, Ascension, which still has the series’ signature fast-paced, bloody action and an assortment of mythological creatures (with this one showing off some new ones, including what is likely going to be a future boss fight sticking its tentacles where they don’t belong). Anyone else looking forward to this one?

END_OF_DOCUMENT_TOKEN_TO_BE_REPLACED 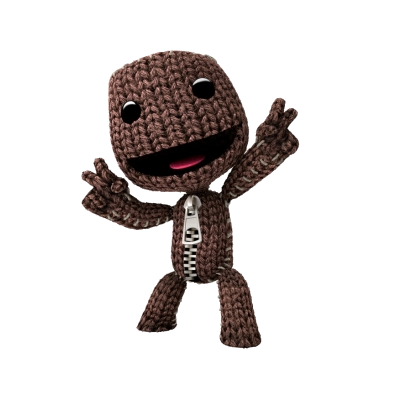 I know, some of you think that LBP Karting is putting ModNation Racers on the backburner, but honestly, is that really a bad thing? As much creativity as you could put into ModNation Racers, it didn’t have the type of tools that the LittleBigPlanet series of games had. If you watch the E3 trailer for this, you’ll see how open the creation suite is for this karting game as well. If you’re into those types of racing games, I think you’re really in for a treat with this one. If the creativity of the user base in the platforming titles is anything to go by, I expect to see some ridiculous, over the top, and cool, tracks, karts, and weapons created by people. Remember those relentless shark levels in the first and second LBP? Imagine firing one of those things and watching it chase down that sack creature directly ahead of you. Also, preorders receive the Kevin Butler with Executive Golf Cart DLC for free!

As for LBP Vita, the game takes place in the world of Carnivalia. Of course, there will be Vita-specific tools and controls, which is an awesome way to utilize them. Not only that, but the game looks great. Almost like the original LBP. Level design seems inventive as always and, again, the user generated content will result in some top notch levels. Be sure to check the E3 trailer for that as well.

Also, something that is overlooked, but important in its own right, you’ll be able to do some cross platform play on LBP2 with the Vita and PS3 with the Cross Controller DLC. You can design levels on the PS3 and then switch to the Vita to use platform-specific tools. Even play the levels with one player on a Vita and others on the PS3. Check this out for an article describing an excellent example. Sound familiar?

END_OF_DOCUMENT_TOKEN_TO_BE_REPLACED

Tomba! to Land on PSN This Summer!

According to Joystiq, this Summer, the States (well, North America in general) will be getting Tomba! on PSN as a PSOne Classic download. A European release will follow down the line. Here’s an excerpt about the licensing and why it … END_OF_DOCUMENT_TOKEN_TO_BE_REPLACED

Where do I even begin to describe how disheartening this news is. After 17 years in the business, Zipper Interactive is closing its doors. Zipper, and its SOCOM series for the PlayStation 2, are tied together eternally like Michael Jordan is to the Chicago Bulls.

To me, the SOCOM series is a milestone game that reflected the power of multiplayer on the PlayStation 2. Immersive, challenging, never dull, and will keep you on your toes for a measurable period of time. Dubbed “SO-CRACK” by many in reference to its very addictive multiplayer gameplay.

I would be lost, literally, for hours at a time playing SOCOM 3’s “Convoy” mode. Opposing teams take turns in loading cargo trucks with supplies and ultimately driving them to the extraction zone, while another tries to destroy them. I loved extracting Convoy trucks.

Production value of the SOCOM series progressed in high fashion by the time the 3rd installment was launched. Big names like Michael Clark Duncan and Jennifer Hale had lent their talents. There was even a whole orchestra to accommodate and compose the soundtrack. The game was not just some clone of the previous one. What you have to understand during this time is multiplayer games were just starting to blossom, and words, such as “DLC” or “XP,” did not exist. No one cared about how your character on screen looked, there were no extra reticule colors or XP to harvest. It was just pure team work and fun from the get go.

END_OF_DOCUMENT_TOKEN_TO_BE_REPLACED

Jody Kelsey stopped by the Sony Blog to share a look at the Miami Marlins Ballpark in MLB The Show 2012.