Adventure Time: Secret of the Nameless Kingdom is the third â€œofficialâ€ console video game based on the very popular Adventure Time TV show. Before going any further, take note that this game is nothing like the previous game, a boring dungeon crawler that was titled Explore the Dungeon Because I Donâ€™t Know.

The Secret of the Nameless Kingdom is a refreshing take on the franchise and is greatly inspired by 16-bits Zelda games (specifically by A Link To The Past on the SNES), and is almost as fun to play as playing that classic back in the days!

END_OF_DOCUMENT_TOKEN_TO_BE_REPLACED

Princess Bubblegum summons Finn and Jake to the Candy Kingdom to investigate a rash of thefts and kidnappings that have plagued her kingdom. She thinks the cause lies within her Secret Royal Dungeon, where only the nastiest monsters and criminals are locked up. If they’ve found a way to escape, the Land of Ooo will be in danger!

Adventure Time: Explore the Dungeon Because I DON’T KNOW! is a rogue-like dungeon crawler. You will control a few of the characters from the TV show to go through the deep 100-floors dungeon under the castle.

END_OF_DOCUMENT_TOKEN_TO_BE_REPLACED

DuckTales: Remastered is a hand-crafted, beautiful reimagining of one of the most cherished 8-bit titles of all time. Go back to one of the golden ages of gaming, but now refined with a level of detail that will please the most hardened devoted Disney or retro Capcom fan, alike. Featuring hand-drawn animated sprites, authentic Disney character voices talent and richly painted level backgrounds from the classic cartoon TV series, Scrooge McDuck and family come to life like never before. The gameplay retains the authenticity of its 8-bit predecessor, simple and fun, with slight modifications to improve gameplay flow and design. Embark on an authentic DuckTales adventure, as Scrooge McDuck and his three nephews Huey, Dewey and Louie travel to exotic locations throughout the world in their quest to retrieve the five Legendary Treasures.

END_OF_DOCUMENT_TOKEN_TO_BE_REPLACED

The original video game femme fatale, Rayne, has returned to battle and feed in a brand new hack â€˜n slash adventure. Slay ghastly enemies as Rayne, the sexy Dhampir with superhuman strength, speed, and agility, recruited by the vampire hunting Brimstone Society for one last mission. The target is a lavish, yet sinister ball in a secluded castle with plenty of dark and gruesome surprises. With the help of a mysterious friend, and members of Brimstone, Rayne must infiltrate the manor, take out the fiendish horde, and stop an evil master plot once and for all.

END_OF_DOCUMENT_TOKEN_TO_BE_REPLACED

Bloodrayne: Betrayal will Release on PSN on September 6 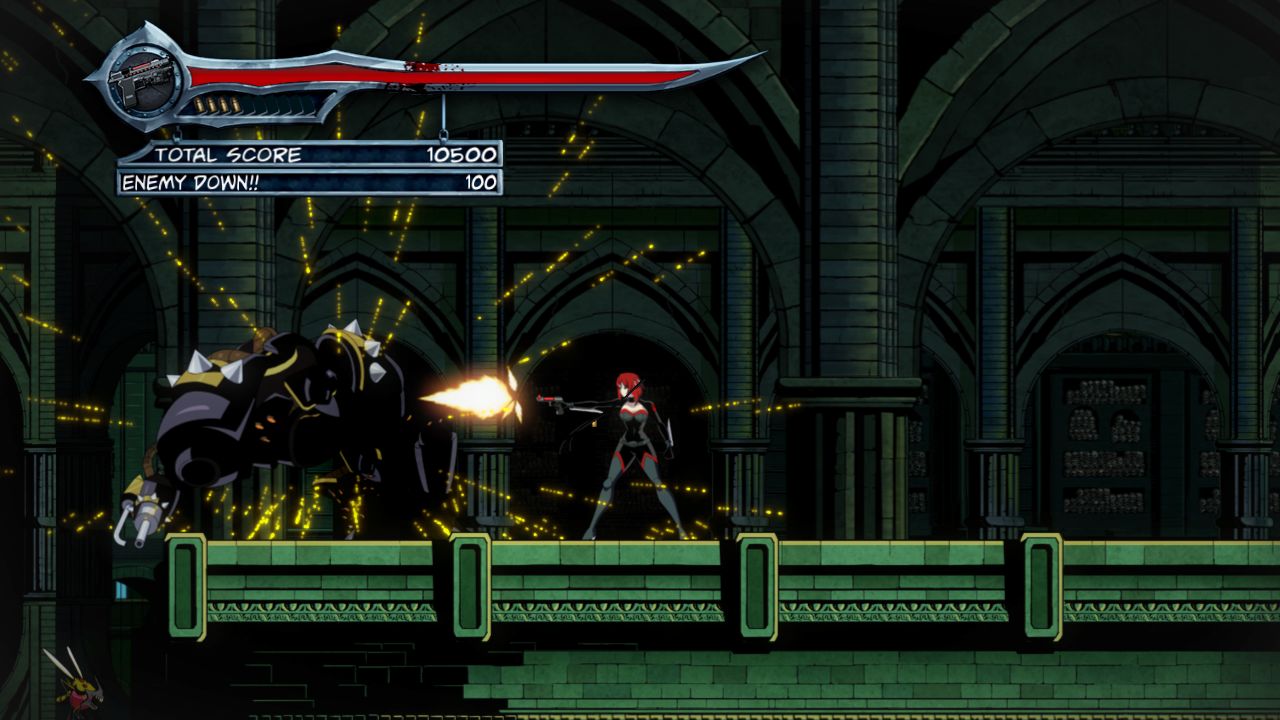 Sean Velasco, Designer and Director from WayForward Technologies (masters of the awesome looking and fun 2D game) has something to say about Bloodrayne: Betrayal, a game they’ve been working on for a while and that will be up on the PSN Store in the next update:

For those of you who might not know, WayForward has been working on a full-on 2D re-imagining of the iconic BloodRayne franchise. BloodRayne: Betrayal is all about deep and varied combat, tough-as-nails platforming, smooth and fluid animations, and of course, buckets and buckets of blood! Weâ€™ve previously been fortunate enough to work with the gameâ€™s publisher, Majesco, on A Boy and His Blob. It was a great experience, so when they approached us with the opportunity to reboot BloodRayne, we jumped at it! With the power of the PS3 behind us, we have crafted our first HD side-scrolling game, and it looks frickinâ€™ amazing! Weâ€™ve combined a rich fluid dynamic system that allows for superbly splattery blood, unique screen-distorting refraction effects for all of Rayneâ€™s slicing and dicing, tons of layers of background parallax, and literally thousands of frames of character animations to make one of the prettiest digital HD games youâ€™ll ever play.