This is probably the very first time that I watched a Brink gameplay video from start to finish. I actually like it, a lot. I really like the graphics, and that TF2 feel. What do you all think?

END_OF_DOCUMENT_TOKEN_TO_BE_REPLACED

Here is another great video showcasing the investment opportunity that you may get if you invest in Aperture Laboratories. As before Valve, in partnership with Aperture Science have released their third video showcasing the turret. Now keep in mind that … END_OF_DOCUMENT_TOKEN_TO_BE_REPLACED

Interested in L.A. Noire? Like free DLC? Well, word on the street has it that if you purchase L.A. Noire through Wal-Mart, starting on the 17th of May, you will get a coupon for the “A Slip of the Tongue” … END_OF_DOCUMENT_TOKEN_TO_BE_REPLACED

Official Review: Back to the Future Episode 1 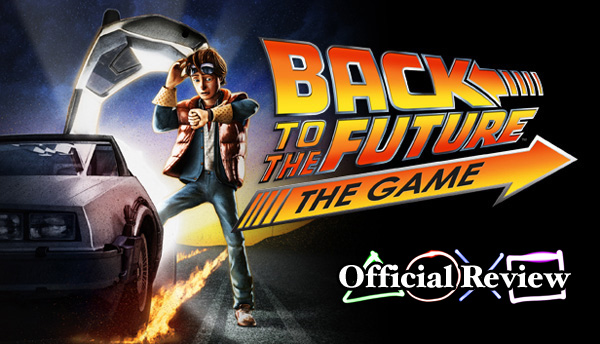 Itâ€™s been twenty-one years since movie goers had seen the last Back to the Future movie hit the big screen. I remember hearing stories, when I was younger, that there might be a possibility that a new Back to the Future movie was in the works, but that was years ago. It seems that, at this point, itâ€™s nothing short of a dream, and that most people have realized that a new movie in the franchise would never come. So you can understand my surprise, along with so many other BttF fans, when it was announced that Telltale Games was reviving the franchise with their very own take on the next episodeâ€¦ game-wise of course. But was this a good idea? After all, the series has such a following; was it wise to awaken the slumbering beast?

END_OF_DOCUMENT_TOKEN_TO_BE_REPLACED

PlayStation Rewards a No Show!

I just received an e-mail that the PlayStation Rewards program will not be launching in April as previously thought. I have attached the entire screenshot of the e-mail if you want to read it for yourselves. Please note that I will be getting a t-shirt for my participation; also, they stated they appreciate everything I did. I am totally taking everything to heart!

END_OF_DOCUMENT_TOKEN_TO_BE_REPLACED

HOARD to Get Voice Chat

Not sure why voice chat wasn’t implemented into the game when it was released. Maybe the devs didn’t know how well the game would do when they released it, so they decided to do without it. I am happy to say that the devs are going to add Voice Chat in their next patch.

END_OF_DOCUMENT_TOKEN_TO_BE_REPLACED

Straight from the meat factory itself, here are some new screenshots from the upcoming apocalyptic, horror, zombie walking Dead Island game. Now I wasn’t aware there are going to be different classes in this game but it appears so. Here … END_OF_DOCUMENT_TOKEN_TO_BE_REPLACED

Have you heard of Demiurge Studios, or maybe Shoot Many Robots? No?? Well, that’s okay. I am sure you’ve heard of games such as Bioshock, Brothers in Arms, Borderlands, and Mass Effect, to name a few. Founded in 2002, Demiurge Studios is one of the leading independent talents in the Boston area. Which, until recently, I found, is quite the hot spot for a good amount of the game development community.

These guys were always the guns for hire that helped companies, such as Electronic Arts, Epic Games, Gearbox Software, and THQ, create just some of the awesome games I listed above. If you are interested in the entire list of games they took part in, you can check it out at Wikipedia. It seems like Demiurge Studios has recently shifted their strategy a little and decided to release their very own original IP, Shoot Many Robots.

How did they think of this game, you ask? Well, the team meets on a regular basis and just throws some ideas around. One day, someone said that they wanted to make a game about shooting robots. After some tweaking, and in between project development, the team finally came up with what you are about to see.