Deadly Premonition - The Board Game 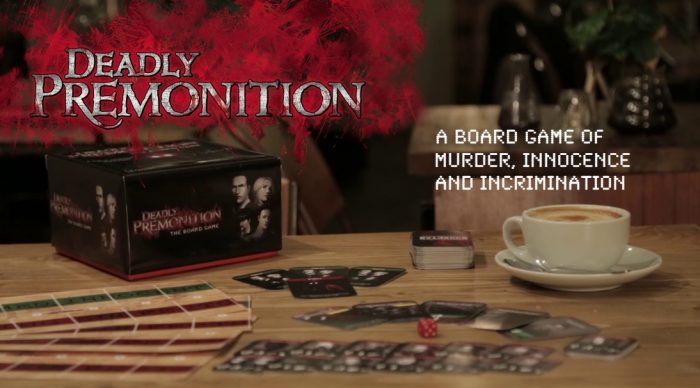 Deadly Premonition is a cult classic that thousands of people have enjoyed from start to finish, so it makes perfect sense to release a board game based on the game! That’s right, you’ll soon be able to enjoy Deadly Premonition as a board game thanks to the Kickstarter campaign for it which released last week.

The game itself is an adversarial 2-4 player card-based board game where you and your fellow detectives must take on the task of protecting the innocent, incriminating the guilty and work out who might not be quite who they say they are. With a hidden killer amongst the detectives, the race is on to identify a suspect as an accomplice in order to track down the Raincoat Killer.

The mechanics found in Deadly Premonition: The Board Game are unique and original concepts based upon Sam and Danâ€™s vision for the game. Players will embark on competitive battles to manipulate their own boards toward a victory condition, while simultaneously sabotaging their co-detectives. There is also a hidden identity element to shake things up and reward observation and intuition. 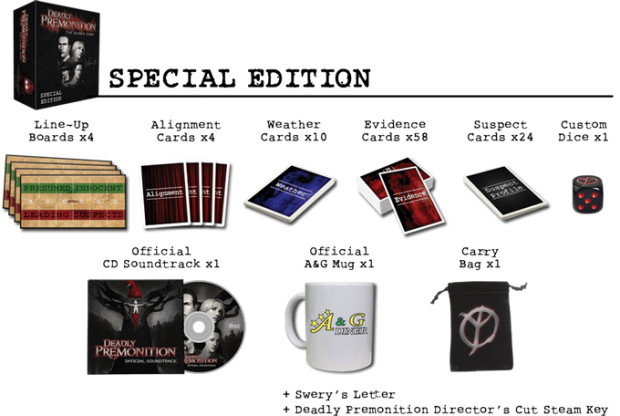