Anonymous: “We didn’t do it”

UPDATE: They have a new up video, I personally still believe they actually did have something to do with PSN going down, but what do I know.

The anonymous hacking group has denied any accountability on the current state of the PlayStation Network. 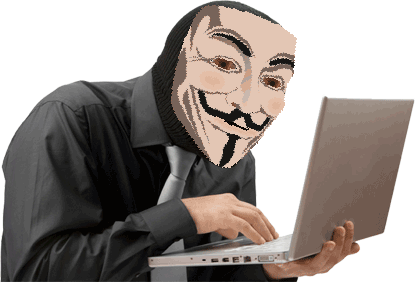 Sony’s PlayStation Network remains down for the second day running after an abrupt outage. So far, Sony has yet to identify the cause of the issue, only saying that they are still investigating the Network outage and it could be another full day or two (from yesterday) before the service is up and running.

In a post over at their official site, Anonymous, the infamous hacking group that previously targeted Sony sites, said for once they weren’t involved. Take a look for yourselves:

“Sony’s Playstation Network, its online service for Playstation 3 and its Playstation Portable consoles, suffered from a major outage today; which is on going as of this writting. According to Son’ys blog, the interruption in service may last into the long weekend – for at least another “full day or two”. Sony released a statement through its EU blog, saying that the network outage may be a result of “targeted behaviour by an outside party”, brining in the possibility of cyberattacks. Adding to the confusion is the fact that the message has since been removed.”

“While it could be the case that other Anons have acted by themselves AnonOps was not related to this incident and takes no responsiblity for it. A more likely explination is that Sony is taking advantage of Anonymous’ previous ill-will towards the company to distract users from the fact the outage is accutally an internal problem with the companies servers.”

What do you guys think about all of this? Or maybe you want to share what you’ve been doing during the PSN downtime?
Source