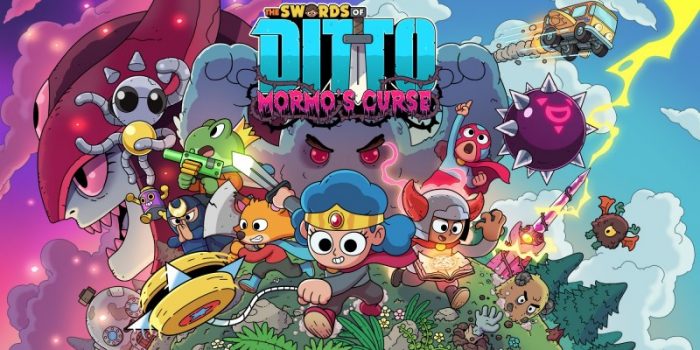 The Swords of Ditto: Mormo’s Curse from onebitbeyond and Devolver Digital is an excellent action RPG on Nintendo Switch that pays homage to and is greatly inspired by Nintendo’s beloved The Legend of Zelda series. The Swords of Ditto offers us a top-down view action adventure with a colorful palette, a very charming art style, and very fun gameplay mechanics. This game allows you to play in your own style and at your own pace, all with a roguelike twist that goes into effect whenever your main character dies. Each adventure you take on will become its own legend and be cemented in the lore of this universeâ€¦ for better or worse. 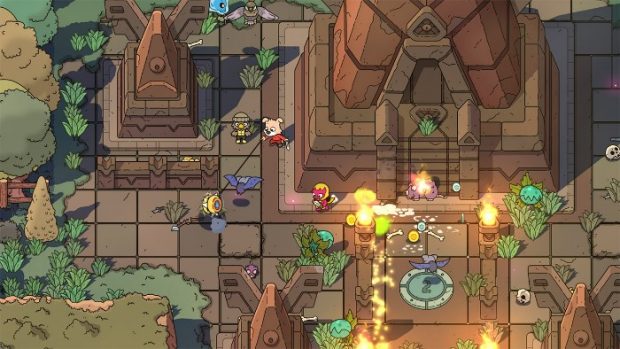 Before you start the game, you have a choice of settings. For this one, Hero Mode is a pure roguelike experience, and that means that if you die, you lose everything and have to start over – rinse and repeat until you ‘git gud.’ Regular Mode is the standard version of the game, and it’s the vision for the journey that the developer intended players to take on. There are some elements that bring it closer to a roguelite that a roguelike. The final one is Relaxed Mode, which is more laid back and allows you to experience the game’s story without having to worry about starting over when you fail. 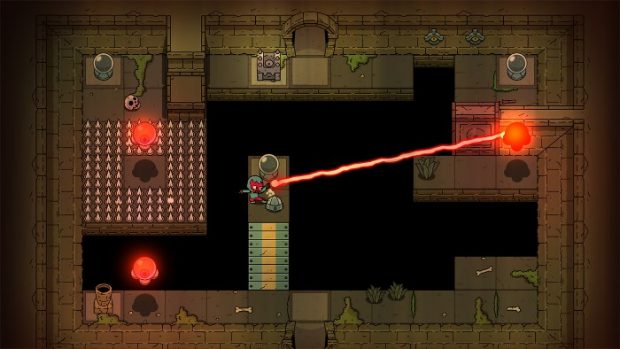 The game begins with you waking up on the beach and being asked to retrieve the magic sword, which you collect from a statue in the town. After getting the sword, you find out that the town is under the control of Mormo. As the hero of legend, you are tasked with using all of your might to defeat her, and failing this important task will result in Mormo ruling over the town for another hundred years. This is certainly bad news but fear not since you will get another chance to fix things. 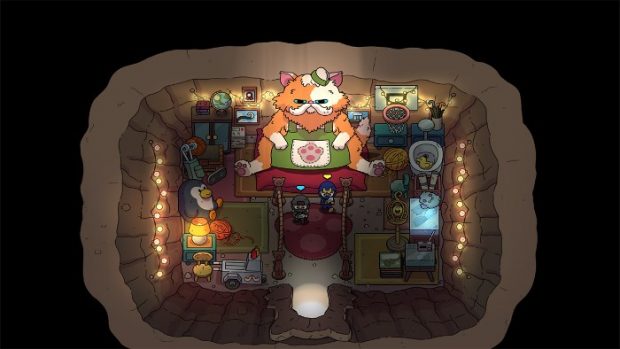 You will be reborn to give it another go to try and succeed in defeating Mormo, as the new hero that this world needs. Think of it as if you were playing in The Legend of Zelda, but the hero of legend is not something that happens once every new The Legend of Zelda game, but once every gameplay cycle! Depending on the difficulty setting you choose, your gameplay cycle will vary. Your character will be gone, but you might get to keep your money, and any experience you’ve gained, and lower difficulty settings will allow you to have more freedom to explore the game at your own pace. 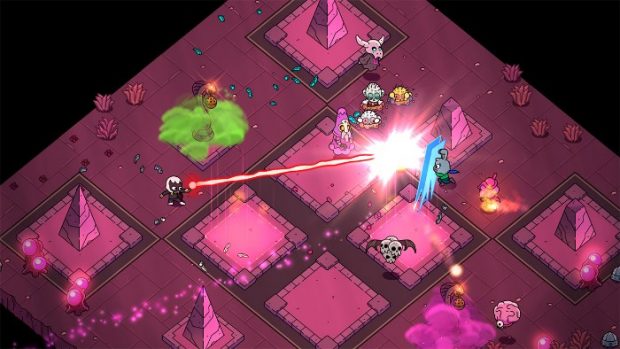 The Swords of Ditto: Mormo’s Curse reminded me in particular of The Legend of Zelda: A Link To The Past, one of the best video games of all times. That’s right. I said not one of the best The Legend of Zelda games (which it is), but one of the best video games ever released, period. A Link To the Past was the reason I fell in love with the series way back then, and it is because of this that The Swords of Ditto: Mormo’s Curse quickly found the way to encourage me and keep me going for many, many hours. The randomization and roguelike elements are not going to be for everyone, but I felt they added something interesting to the gameplay mix. 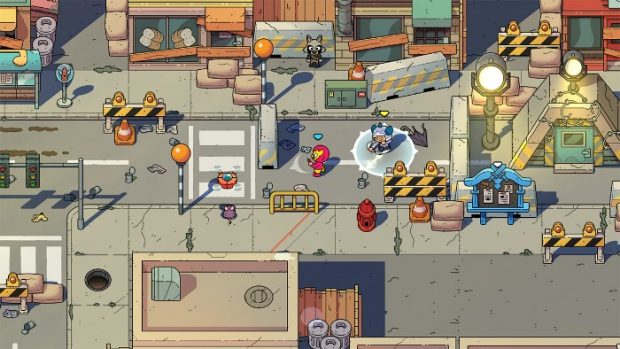 You will be able to find a variety of items and weapons that can give you an advantage during your quest. You might grab a “Kick Me” sign which you can use on an enemy so that other enemies around it end up attacking it, or a now classic boomerang to hit things out of reach. There are also stickers which act as buffs and give you extra abilities, so be sure to pay attention to how stickers help you so that you can always have a plan depending on the type of enemy you face â€“ be especially careful around with poisonous enemies and use ranged attacks! 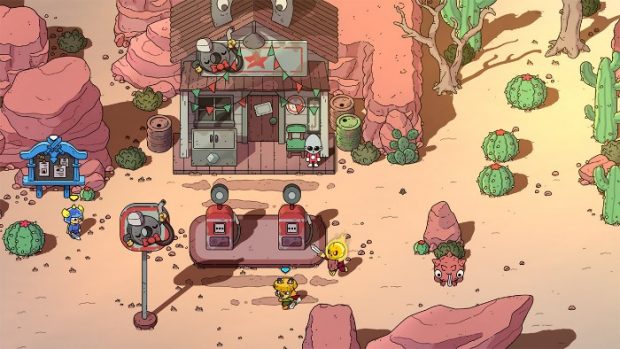 The Swords of Ditto: Curse of Mormo is an absolute gem of a game on the Nintendo Switch. It is clear from the start that the developer has decided to pay homage to the beloved The Legend of Zelda series, and the game does so in a very respectful way while doing its own thing. The colorful and charming art style is something that instantly grabbed my attention right from the start, allowing me to immerse myself into this new and magical universe. I liked how the team decided to give players the option of playing in different difficulty settings so that players of all skill levels could have a shot at having a successful legend. Be sure to grab Swords of Ditto: Mormo’s Curse today!

Disclaimer
This The Swords of Ditto: Mormo’s Curse review is based on a Nintendo Switch copy provided by Devolver Digital.

One of the best action RPG on the Nintendo Switch 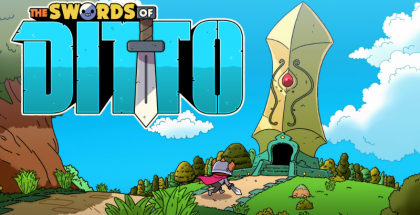