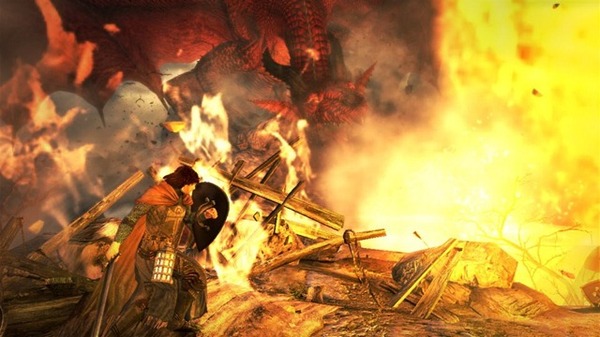 Capcom is now giving us a solid release date for Dragon’s Dogma along with a good incentive to purchase Dragon’s Dogma. Resident Evil 6 demo token will be included with every copy which can be redeemed some time in July. This is what capcom had to say

First, we’ve got a release date! Expect this game to be available for purchase on May 22nd in North America, and May 25th in Europe.

But wait, there’s more! Those who purchase Dragon’s Dogma at retail will receive a redeemable download token for the Resident Evil 6 demo, which they will be able to try out on July 3rd for Xbox 360, or September 4th (NA/JPN)/September 5th (EU) for PS3. That’s a considerable leg up for 360 owners, but still an early chance to check out RE6 (due out November 20th) for PS3 owners.

As you may know, Dogma features a unique “Pawn System,” wherein the player character is accompanied by up to three AI-controlled partners. Players can create and customize their own Pawns, then share them with other players online, in addition to the thousands of ready-made Pawns included on disc.

Those who want to seize the day and pre-order Dogma can enjoy any of the following pre-order initiatives:

-GameStop is offering the â€˜Pawn Upgrade Pack,â€™ which will give players additional Rift Crystals allowing them to “rent” higher-level Pawns from the game’s outset.

-The â€˜Armor Upgrade Packâ€™ offered through Best Buy and the â€˜Weapon Upgrade Packâ€™ from Amazon.com will deliver higher level armor and weapons respectively giving players a real advantage when tackling the toughest of enemies. Check your local retailers for details.

On top of all this, Capcom will be supporting Dragonâ€™s Dogma post launch with a comprehensive suite of downloadable content including additional quests as well as weapon and armor upgrades.

They have also released a new story trailer to keep the anticipation building for what is shaping up to be a killer game.